, /PRNewswire/ -- Fifteen years ago, nursing home care was in a liability insurance crisis that threatened to close some of the state's best facilities.  The frequency of nursing home lawsuits in was the second highest nationally. Half of the nursing homes in the state had gone bare—meaning they carried no liability insurance. Not that they didn't want it. They couldn't find or afford it. In 2003, the established a balanced approach to protecting quality care for aging Texans through its Tort Reform Bill.   As a result of these changes, nursing homes have spent less on insurance and more on improving quality, hiring and retaining staff, and planning improvements for the care of aging Texans.

Back in 2002, , a not-for-profit in west was paying a year for a insurance policy. A year later they were quoted for the same coverage. The board fully realized that they were one broken hip away from bankruptcy.  This community was rated highly by state and national agencies and had a clean record regarding lawsuits.   Alan Hale, CEO of says without equivocation, " tort reform saved our organization and the residents that we serve."

A nursing liability insurance report, published at the end of 2017 by AON, provides a snapshot of where compares nationally in lawsuits against nursing homes.  According to the report, has 50 percent fewer cases against nursing homes than the national average.  Texas has an average of less than one lawsuit per year per facility.  As a comparison, had an average of almost three lawsuits per facility.  also has the lowest amount of litigation awards nationally, at close to per claim.  had an average claim of close to .  The national average is per claim.  and have the least amount of funds spent on insurance and lawsuits.    This has allowed homes to spend more on quality. Before reforms, frivolous lawsuits were rampant. Now they are rare.

Seven Acres Jewish Senior Care Services, in , was facing a similar problem. They were paying annually for a policy. Some 217 of the home's 275 residents were on Medicaid. The home was being subsidized through donations. Even still, if liability costs weren't reduced, the home would likely go out of business.  The reforms passed fifteen years ago have allowed nursing homes to keep their doors open and give elderly residents a home.

There have been other benefits of tort reform for elderly Texans. Since 2003, the numbers of geriatricians serving senior population has grown dramatically. Today, percentage-wise, geriatricians are the fastest growing physician sub-specialty in Texas.  More geriatricians are needed, but this growth trend is encouraging news. Without these civil justice reforms, nursing homes would be hard-pressed to retain skilled nurses and medical directors or make even modest facility improvements. 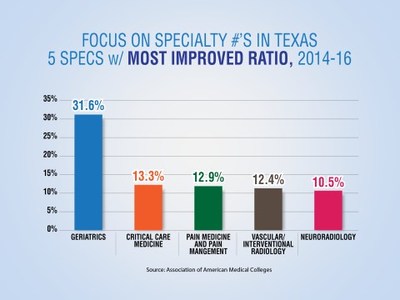 , the CEO of the area Morningside Ministries says before the passage of reforms, non-profit organizations such as his, were randomly targeted by personal injury lawyers, with little or no merit to their claims. Many organizations, faced with rising costs, were forced to scale back their care or go without liability insurance.  Morningside Ministries, can now invest resources in programs such as recruiting direct care staff, hiring more nurses, training younger people for careers in long-term care, and improving facilities that serve seniors.

A.M. Best to Host Webinar on How Life and Annuity Insurers Are Reinventing Distribution

LIMRA attributed some of term's success to online access and tools that helped with sales to homebound consumers. Other life products did not fare as well but that was not unexpected because of a late 2019 sales push before a new CSO table took effect.

Insurance brokers account for the largest share of term premium (38%) and reported growth of 11% over first quarter 2019, LIMRA reported.

Outside of term life sales, most of the remaining life insurance products posted sluggish first-quarter sales, LIMRA reported. The total number of individual life insurance policies sold in the first quarter fell 1%, compared with the same quarter of the prior year.

However, this slowdown was expected given the year-end push to sell products based on the 2001 CSO tables.

“Despite the current quarter decline, IUL products continue to be attractive to consumers who are seeking greater investment returns yet fearful of market volatility,” noted Tumicki “This is the first decline in IUL growth in more than three years. IUL had experienced positive growth in 14 consecutive quarters (since second quarter 2016).”

COVID-19 Individual Life Mortality To Be Examined In New Study