RILAs Take The FIA Road In This Crisis – InsuranceNewsNet

RILAs Take The FIA Road In This Crisis

Consumers are rushing to safety as they did early in the Great Recession, but they are running toward different products during this economic downturn – and that trend is likely to continue even in this ultralow rate environment.

That is one of the projections to expect from Todd Giesing, senior director, annuity research, Secure Retirement Institute, and Teddy Panaitisor, senior research analyst, SRI, during their session, “The Sky Is Falling – How Plunging Financial Markets Affect The Annuity Market” scheduled for Tuesday afternoon during LIMRA’s Life & Retirement Virtual Conference.

Although the title refers to plunging equity markets, the researchers said they would be focusing on what is happening with products now and projecting into the next few years if things remain fairly constant.

They see a softening annuity market for the rest of this year and next, with slow growth in 2022. 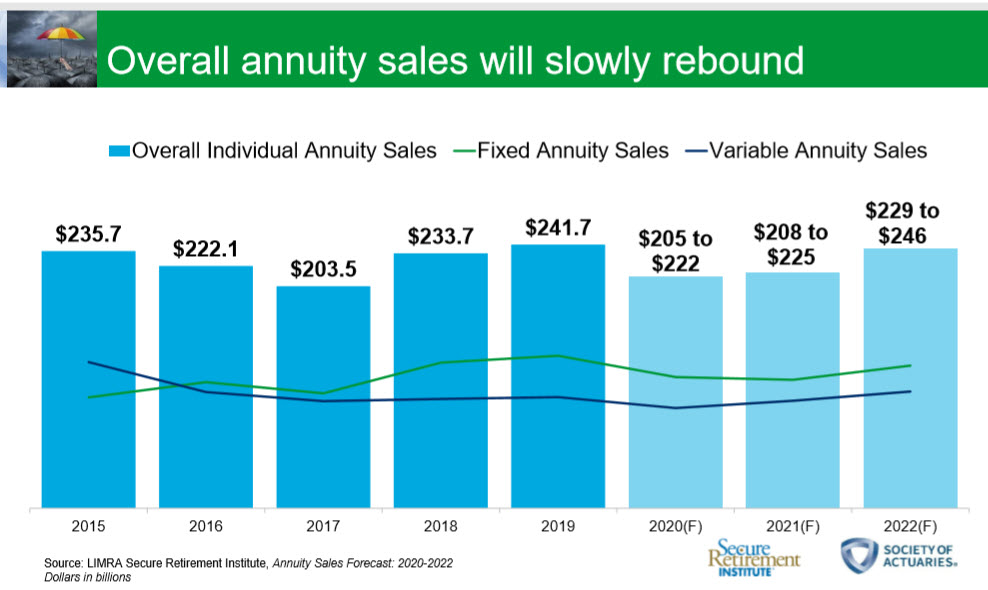 One of those key differences is in variable annuities. 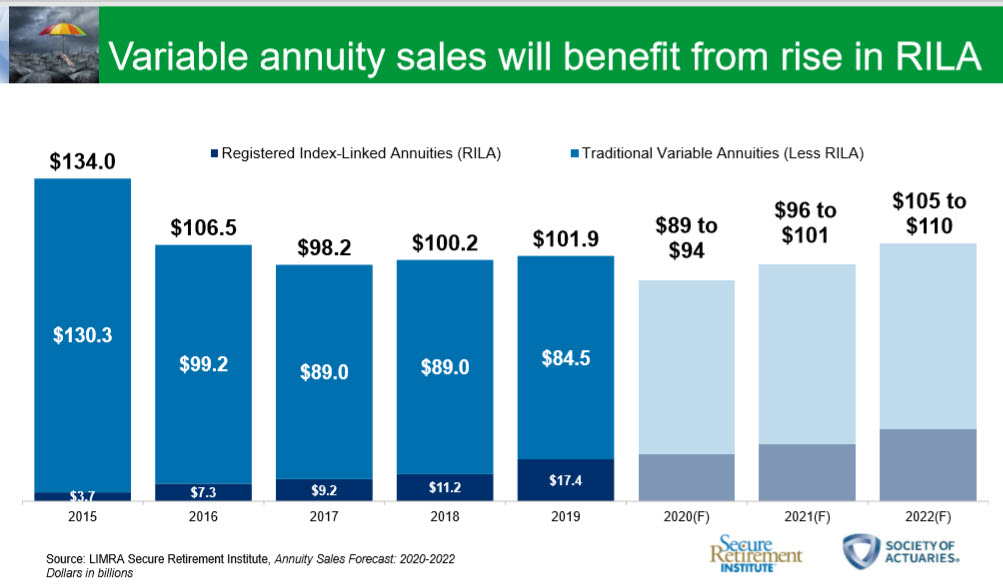 “We expect indexed annuities to be down 20 to 25%,” Giesing said. “There are many factors going on but it's basically difficult pricing environment for indexed annuities, which is making alternative solutions such as fixed rate deferred and registered indexed linked annuities more popular.”

FIAs require a longer holding period of at least several years, so consumers would be stuck with the low-rate product while other assets such as equities perform far better. Fixed-rate deferred annuities benefit by having the option of shorter durations of a few years. Even though the products’ rates are low, they serve as a safe place for consumers to land amid all the uncertainty.

“I think all of this is just putting individuals in a spot where they're just saying I just give me safety for a year or two or three,” Giesing said. “And for a portion of my money, we'll figure out in a couple of years what we're going to do from a longer term planning perspective.”

Other products with longer durations have not been faring as well.

“Income annuities are struggling because of the low interest rate environment and the pricing is way down on these products, and because they're irrevocable,” Giesing said. “We're under the assumption that advisors and clients are going to take a wait and see mentality, wait and see if things get better in six months or a year and then make the purchase at that point.”