Bill Keen was a 10-year-old boy, sitting on the sofa while his father waited for an unemployment compensation check to arrive in the mail, when he became inspired to do his life’s work.

“He was having a difficult time in the job market, and I could see the anxiety and the fear and the discontent around financial resources,” Keen recalled.

“Even as a young boy, I didn’t really understand what it meant, but I started to comprehend that if someday I could learn to take care of my financial affairs — understand the economy, understand how the markets work — that at some point I could care for him in that way. It drove me to pursue a degree in finance. I was one of the lucky young ones who knew what I wanted to do from an early point, and pursued it into the field, and went right out of college and got right into the industry.”

That was more than 30 years ago. Today, Keen, age 53, is founder and CEO of Keen Wealth Advisors in Overland Park, Kan., where he heads a staff of 25. Keen said the financial stress he experienced as a boy “was difficult at the time, but I wouldn’t trade it because it gave me a real passion to understand all this and to not only support my family — which I ended up doing for my parents right out of college — but also to help other families.”

After graduating from the University of Central Missouri with a degree in finance, Keen went to work for Twentieth Century Mutual Funds, now known as American Century Investments. After a year, he moved to Dean Witter and was sent for training on the 83rd floor of the World Trade Center in New York, one month after a truck drove into the building’s parking lot and detonated a bomb that killed six people and injured more than 1,000 others.

“Here I was, a young guy with no assets, no resources, no personal contacts, no family money, and frankly didn’t know anybody who had any of those things either,” he recalled. “But I did know that I needed to be successful in the business. So I set on my path of prospecting and trying to get clients.

“Eventually, I was able to think more like an entrepreneur and realize I couldn’t do it all by myself,” he said. He gradually built a team to expand his business and reach more prospects.

“I determined that it would be a good idea to focus on retirement planning, to understand the rules and regulations around taxation of lump sum distribution, how individual retirement accounts worked — those types of things.”

When Keen started his retirement planning practice, the Roth IRA hadn’t yet been created. But he said he saw a need for consumers to understand how all the pieces of the retirement puzzle fit together.

“There was a need to help those navigating toward retirement who never had a lot of experience investing because most of their assets were tied up in either pension plans or in 401(k)-type investments,” he said. “I was fortunate enough to see that, more than 25 years ago.”

What to do about money

During his early years at Dean Witter, Keen encountered people who had built up their retirement savings but didn’t know what to do with them.

“A good portion of them didn’t even have advisors,” he said. “They had retirement assets that had been built up, but I could see that they didn’t know how to go from the working-and-saving phase of life to the phase of life where they are retired and the paychecks are no longer coming in. They didn’t know how to go to the distribution phase of investing, or of life. And that is a very different set of issues for people to deal with.” Keen’s views on retirement planning are spelled out in his best-selling book Keen on Retirement: Engineering the Second Half of Your Life. The book was originally published in 2019 and its second edition came out in October. Keen also has a podcast, Keen on Retirement, and has produced more than 175 episodes over the past seven years.

“In both the book and the podcast, we get into the emotional aspects of retirement, where folks have saved their whole lives and lived within their means to get to the point where they are able to retire. But then they feel guilty about spending their money and not having any idea of what they can spend and how to make that money last the rest of their lives,” he said.

Keen said that would-be retirees have one common goal.

Keen said advisors and their clients must take a holistic approach to retirement planning.

Keen noted that many people retire sooner than they expected for a number of reasons.

Sometimes the reason is because of a health issue, a need to provide care for a spouse or family member, or because of downsizing at work.

“But sometimes people retire early for good reasons,” he noted. “For example, maybe their stock performed better than they expected and now they can retire earlier.”

Because retirement can happen sooner than a client expects, Keen said he believes it’s important to get clients to begin thinking about retirement issues five to 10 years before they plan to exit the workforce.

Focus on the journey

He also is passionate about helping younger workers prepare for their retirement.

“People who are entering the workforce understand the power of compound interest and how important it is to start saving early,” he said. “But what is this money for? Why are we saving? Why are we investing? Why are we putting ourselves through the ups and down of the market and some of the volatility that we must endure at times?”

Keen said the answer to those questions is to focus on the journey.

“Some people never will retire in a traditional sense,” he said. “They love what they do or they will shift what they do. But I do believe everybody shares the goal that they would like work to become optional so they could retire if they wanted to. They built the resources to be what I call independently wealthy.”

Keen described his clients as salt-of-the-earth folks who are much like him.

“They started with nothing and they’ve lived within their means and they’ve built their wealth through their own journey.”

Keen said some of the chapters in his book discuss compound interest as well as fundamentals of wealth building and investing — issues that apply to retirement investors regardless of their age.

“We also have a process where we invite our clients to bring their children and grandchildren — if they’re of age — here and discuss issues related to saving and investing,” he said. “I’ve even sat down with 10-year-olds when the grandparents brought them in and asked, ‘Can you at least just start to plant the seed about saving money?’” 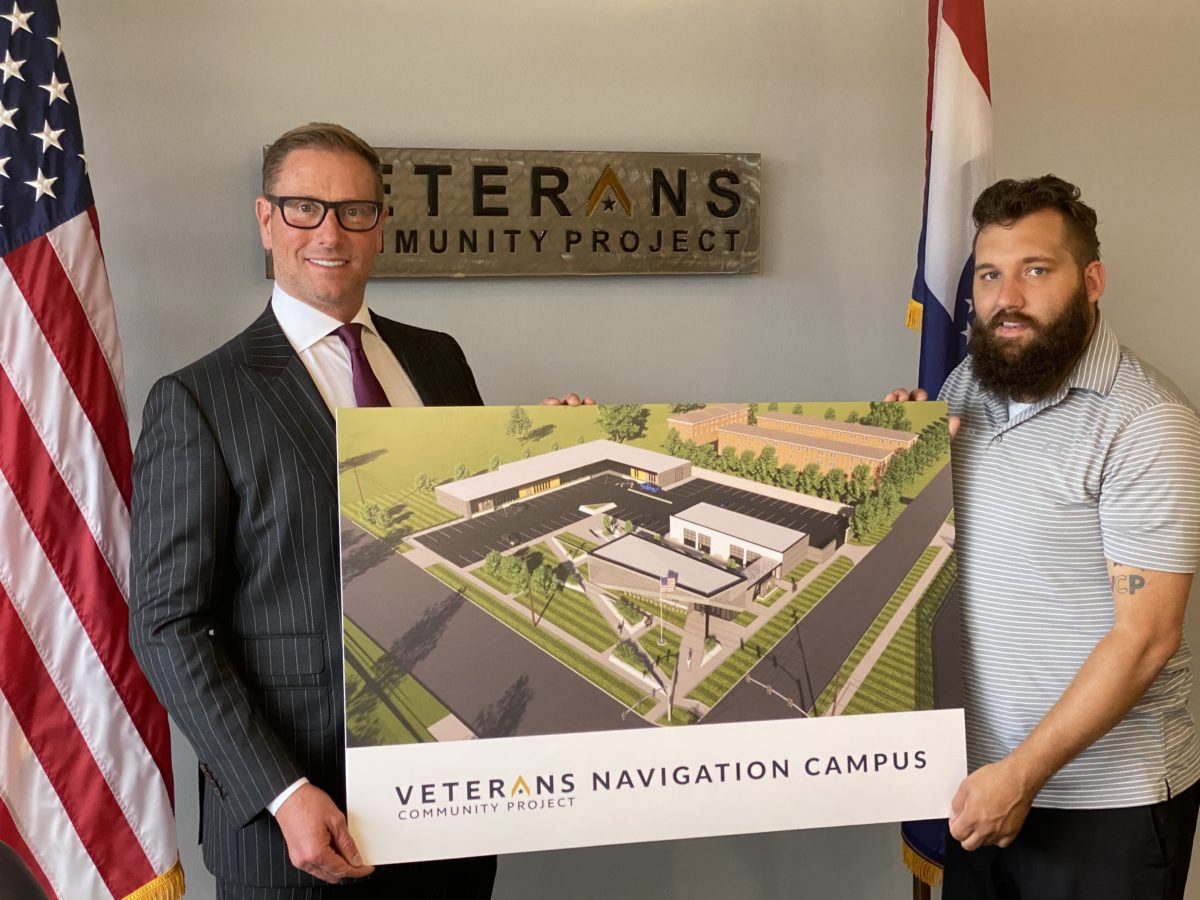 Keen fulfilled a longtime dream by becoming an instrument-rated private aircraft pilot. He likens retirement planning to preparing to take flight, and he uses many flight-related analogies in his book.

“Throughout the book, I relate the seriousness of flight planning and the execution of a safe flight operation to financial planning and navigating the path across a lifetime,” he said. “I write about navigating turbulence and trusting your instruments in tough conditions, and those types of things. And I simply say the investments are the engine to the plan. The plan is our goals, dreams, aspirations and accomplishments, and what we want to pass on to our kids and to our communities.”

Keen said he loves to share the experience of flight with people. That love of flight inspired him to volunteer with Angel Flight. He not only volunteers as a pilot, but he is on the board of directors for Angel Flight Central, which serves people in 10 Midwestern states.

Angel Flight provides free air transportation for any legitimate, charitable, medically related need. This service is available to individuals and health care organizations. Angel Flight will also arrange transportation of those people who are financially distressed or who are in a time-critical, nonemergency situation due to their medical condition.

“I love sharing my aircraft with others,” he said. “This is a whole other level of sharing it with others. When you show up to an airport and patients are there, and they look at you like, why are you doing this for us? Why would you possibly be doing this for us? It’s very fulfilling.” He has made numerous flights to transport patients to and from the Mayo Clinic in Rochester, Minn.

Keen’s wife, Carissa, does a great deal of fundraising for Angel Flight Central. Keen also has a charitable foundation that provides funding to organizations that assist veterans and inner-city schools, and Carissa researches the charitable initiatives that the foundation supports.

Keen said his goal for himself and his clients is to live with intention and hopefully with the least amount of anxiety and stress around financial affairs.

“We say money makes you more of what you are. And we know that money in and of itself is not a bad thing. It’s a neutral thing, but it certainly doesn’t solve problems in and of itself. We want to be able to pursue those things that are inspiring in our lives and to use money as a tool to do those things.”

The growth of Integrity