, /PRNewswire/ -- Neptune Flood, the first AI-driven flood insurance company to provide fast, easy and better flood insurance, today announced the results of its inaugural of Flood Awareness, conducted in partnership with the for Data Analytics and Visualization. 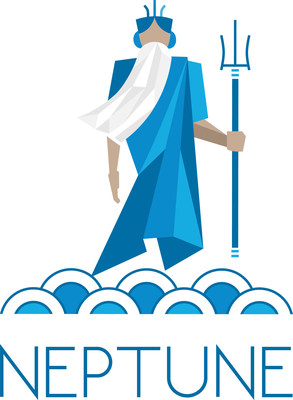 Sampling consumers throughout the country, the survey results uncover timely data and opinions about flood risk and flood insurance.  The results provide a potential roadmap for the industry and government to work together to address and improve flood insurance coverage across the US.

1.  Consumers significantly underestimate their level of risk of flooding:

2.  A perception that flood insurance is expensive:

3.  Misunderstanding about what entity provides their insurance:

4.  Private insurance companies are perceived to be more efficient at paying claims

Professor Dr. , who designed and conducted the survey, said, "The Neptune/USF survey of flood risk awareness in the US highlights the challenge of consumer adoption of an important, but mostly non-mandatory, product.  The data indicate that the low level of demand for flood insurance is largely driven by misunderstanding of risk, lack of knowledge of cost, and confusion around private versus government flood insurance."

"The survey highlights a significant underestimation of flood risk despite years of climate change-driven extreme flooding throughout the country," said , Chairman and Founder of Neptune Flood. "The recurring tragedy of uninsured homeowners suffering permanent losses from flood events will take a concerted effort from both the government and the insurance industry to solve the large flood insurance coverage gap."

The survey was designed and conducted by the for Data Analytics and Visualization.  Utilizing Qualtrics to construct the questionnaire, Amazon MTurk as the survey tool, and IBM SPSS analytics for evaluation of the results, the survey comprises qualified responses from 1,019 respondents across 36 US states.

ABOUT NEPTUNE FLOOD:
Neptune Flood was founded in 2017 by insurance and technology industry veterans, including Chairman, , with a goal of bringing advanced analytics and extreme ease of use to the flood insurance market. Neptune Flood's policies are currently backed by some of the largest and most secure reinsurers in the world, rated "A" (Excellent) by AM Best. In , Neptune raised over $2mm in seed financing led by founder and former CEO who now serves as Neptune's President & CEO. Neptune filed for a patent on its revolutionary Artificial Intelligence engine in .

Why Annuity Education Is Critical to an Ongoing Recovery
Annuities are well positioned to help Americans mitigate retirement risks & secure their future.