Fifty-seven Democrats signed onto a letter dated June 13 authored by the moderate New Democrat Coalition asking party leadership to find a legislative way to extend ACA subsidies set to expire after this year. The subsidies were extended in the 2021 American Rescue Plan, NBC reported today.

"Insurance premiums are being set as we write, and we fully anticipate that our constituents will see a dramatic rise in their premiums this October," reads the letter to House Speaker Nancy Pelosi, D-Calif., and Senate Majority Leader Charles Schumer, D-N.Y. "New Dems urge the inclusion of our health care reconciliation priorities of extending the enhanced advanced premium tax credits and filling the coverage gap in non-Medicaid expansion states."

An estimated 3 million people currently insured in the individual market would lose coverage if the American Rescue Plan’s premium tax credit provisions are not extended beyond 2022, the Department of Health and Human Services reported in a March paper.

“This would be a big hit to family budgets for ACA enrollees, and a big hit politically to Democrats, who count the ACA as one of their biggest domestic achievements in decades,” @larry_levitt on enhanced ACA premium subsidies set to expire after 2022.https://t.co/WrlZMMw1Bq

Likewise, another 8.9 million people insured through ACA markets would see an average subsidy reduction of $409 annually, HHS reported, while 1.5 million people would lose their subsidies entirely (an average of $3,277 per person), but remain insured.

The financial impact of the subsidy hit, on top of inflation and other bad economic news, was not lost on House Democrats. Many of the members signing the letter are in close races, NBC reported.

The ACA is proving more popular with time. In December, Biden administration officials reported record sign-ups and credited the subsidies for the increased participation.

The last thing that Iowa families need is an increase in their health care premiums or to lose their coverage altogether.

Twelve states have refused to expand Medicaid, leaving 2.2 million uninsured people caught in what is known as the “Medicaid coverage gap” – six in ten of them people of color.

"According to a report by the Center for American Progress, covering this population through Medicaid expansion would save an estimated 7,000 lives each year, shave $2 billion from medical debt, and lead to 50,000 fewer home evictions annually," Hoyer and Clyburn wrote. "Also, a recent study by researchers at the American Cancer Society found that expanding Medicaid would contribute to a two-year overall increase in survival rate among patients newly diagnosed with cancer."

With Republicans favored to take control of the House, the issue is fraught with politics. But a solution is possible, Kaiser Family Foundation head Larry Levitt tweeted: 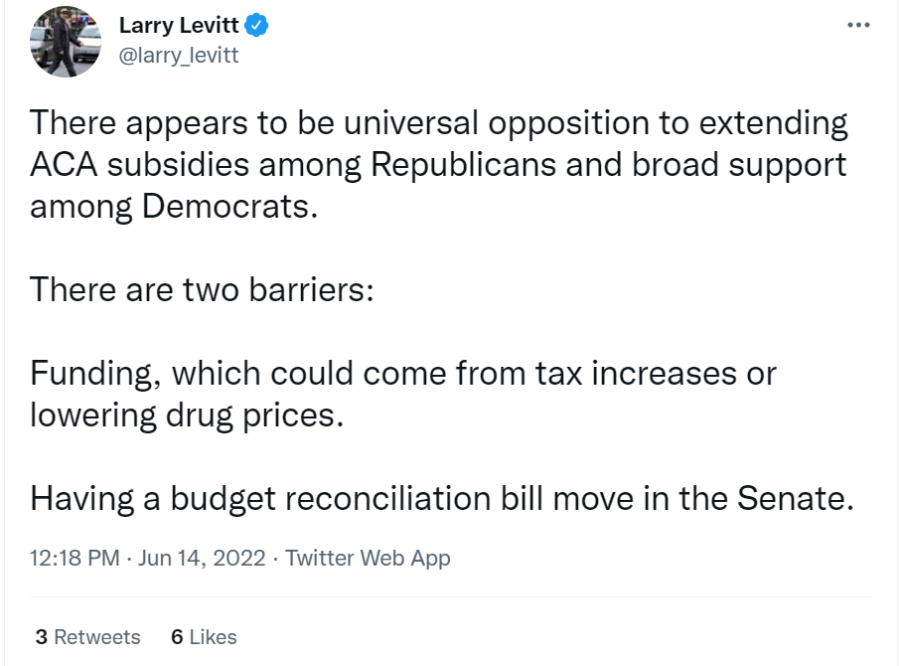 Insurers brace for another year of natural disasters