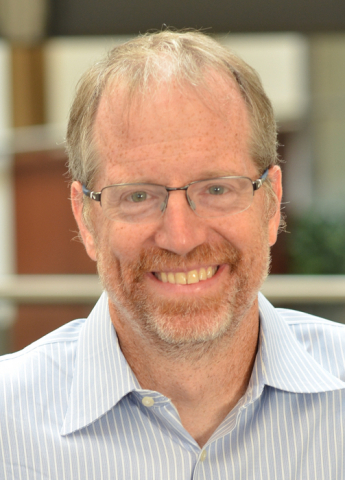 Kim Garland, who will become president of State Auto following the completion of its pending acquisition by Liberty Mutual Insurance. (Photo: Business Wire)

“Kim has been instrumental in the transformation that we began in 2015, and he’s the right person to lead State Auto into a new future,” said STFC Chairman, President and CEO Mike LaRocco. “He’s produced results in regional, national and global companies and developed considerable experience in driving innovation both inside and outside the insurance industry. I know Kim will be focused every day on State Auto’s growth and profitability, an effective transition and the success of the State Auto team.”

Before joining State Auto, Garland was chief product officer for AIG’s Global P&C Consumer Division. Previously at AIG, he helped lead the restructuring of United Guaranty, AIG’s mortgage insurance company, as its chief operating officer and later, CEO. Before joining AIG, he managed the personal auto business at Safeco prior to its 2008 acquisition by Liberty Mutual, and also started Safeco’s former innovation company. Garland began his insurance career at GEICO, where he held actuarial, product management roles and customer service roles. He is a member of the board of directors of Rev1 Ventures, a Columbus-based startup accelerator and venture capital fund. Garland is a Fellow of the Casualty Actuarial Society (FCAS), with an undergraduate degree from Florida State University and a graduate degree from the University of Virginia, both in Mathematics.

Except for historical information, all other information in this press release consists of forward-looking statements within the meaning of the Private Securities Litigation Reform Act of 1995. These forward-looking statements, and related oral statements State Auto Financial Corporation (“STFC”) may make, are subject to risks and uncertainties that could cause actual results to differ materially from those projected, anticipated or implied. For example, (1) conditions to the closing of the transactions may not be satisfied; (2) regulatory approvals required for the transactions may not be obtained, or required regulatory approvals may delay the transactions or result in the imposition of conditions that could have a material adverse effect on Liberty Mutual Holding Company Inc. (“LMHC”), State Automobile Mutual Insurance Company (“SAM”) or STFC or cause the parties to abandon the transactions; (3) uncertainty as to the timing of completion of the transactions; (4) the business of LMHC, SAM or STFC may suffer as a result of uncertainty surrounding the transactions; (5) the occurrence of any event, change or other circumstances that could give rise to the termination of the merger agreement; (6) risks related to disruption of management’s attention from the ongoing business operations of LMHC, SAM or STFC due to the transactions; (7) the effect of the announcement of the transactions on the relationships of LMHC, SAM or STFC with its clients, operating results and business generally; (8) the outcome of any legal proceedings to the extent initiated against LMHC, SAM or STFC following the announcement of the proposed transaction; and (9) LMHC, SAM or STFC may be adversely affected by other economic, business, and/or competitive factors as well as management’s response to any of the aforementioned factors. The foregoing review of important factors should not be construed as exhaustive and should be read in conjunction with the other cautionary statements that are included herein and elsewhere, including the risk factors included in STFC’s most recent Annual Report on Form 10-K, STFC’s most recent Quarterly Report on Form 10-Q, the definitive proxy statement filed by STFC with the Securities Exchange Commission (the “SEC”) on Aug. 27, 2021, and other documents of STFC on file with the SEC. STFC undertakes no obligation to update or revise any forward-looking statements.