, /PRNewswire/ -- Attune, the data-enabled company that is simplifying the way small businesses get insurance, announced today the appointment of as Head of Analytics and Corporate Operations and as Head of Underwriting Strategy. 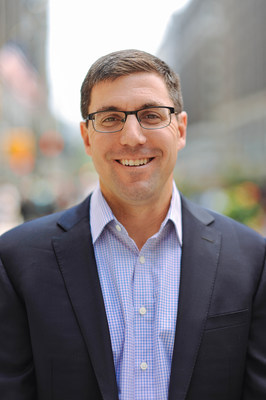 "Great people are the foundation of great companies and I am honoured to welcome Martha and Richard to the Attune team," said CEO . "I've known Martha for years, from our time together at OnDeck. She's a talented professional and great leader with the rare ability to think strategically and drive execution across a broad range of functions.

"Richard's deep knowledge of underwriting and extensive experience within the insurance industry across a range of products, combined with his established relationships in the market, are precisely what our leadership team requires right now to ensure that Attune's growth is built on solid, data-driven underwriting."

Prior to joining Attune, served as Senior Vice President of Operations at OnDeck, the leading online lender for small businesses. While at OnDeck, she built the company's functions for collections, credit operations, customer service, quality assurance, and fraud prevention and detection. was a member of the executive committee and the management team that took OnDeck public in 2014.

served most recently as Vice President and Head of Small Business at Starr, leading the Direct to Consumer and Broker Business. During his almost 30-year career in the insurance industry, he has held positions of increasing technical and leadership responsibility at AIG, CNA, .

earned a bachelor's degree in disaster management from and a MBA from . is a graduate of in and the Insurance Executive Program.

Attune leverages a state-of-the-art technology-enabled platform to streamline the development and distribution of insurance products for small commercial businesses. Attune is backed by (NYSE:AIG), , and . For more information, please contact Attune at [email protected].