, /PRNewswire/ -- At noted injury firm Rouda Feder Tietjen & McGuinn, Attorneys , , and recently obtained in a settlement, on behalf of a client who suffered life-altering injuries after a pedestrian crosswalk accident. The lawsuit was brought on behalf of our 31-year-old client against the (ECCTA), , and a van driver. 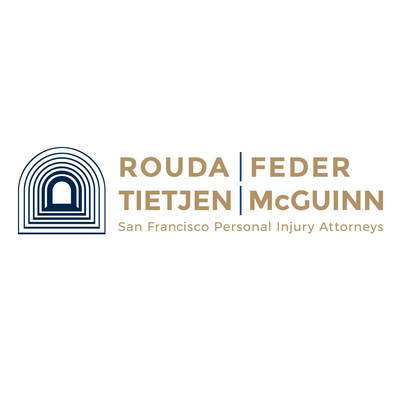 The collision occurred at the intersection of and in . On th, 2016, the plaintiff was crossing the street in a marked, uncontrolled crosswalk. About 50 feet in front of the crosswalk was an ECCTA bus parked at a bus stop. In the industry, this bus stop is considered near-side and is a known hazard. Near-side bus stops obstruct the view of pedestrians and drivers increasing the likelihood of a crash. The visual obstruction occurred in this case and resulted in plaintiff being struck by a van travelling at 37 miles per hour, in a 25 mile per hour zone. The van driver does not recall seeing the plaintiff before the impact, but the van's data recorded showed a slight depression of the car brakes before impact.

Discovered unconscious at the scene, the plaintiff was rushed to the hospital with extensive skull fractures and brain bleeding, where she underwent multiple surgeries including a craniotomy. She also developed hydrocephalus several months later – a chronic condition that occurs when cerebrospinal fluid accumulates in the brain. As a result of these serious injuries, the plaintiff became a quadriplegic and now requires 24/7 attendant care.

A lawsuit was brought against the van driver, ECCTA, and . In addition to the negligence of the van driver, the lawsuit alleged ECCTA and created a dangerous condition of public property in installing a bus stop on the near side of a crosswalk and failing to maintain warning signs and markings. In 2018, settled for the insurance policy limits for and the case against and proceeded.

Plaintiff argued that near side bus stops present a well-known industry safety hazard for crossing pedestrians. In addition, it was discovered that had planned to remove the crosswalk and bus stop six years before the accident, but the project slipped through the cracks. The County also had missing warning signs and markings meant for pedestrian crossing safety. After Judge denied a motion for summary judgment from the defense and a week before trial, and the van driver settled the case collectively for an additional .

The results-driven legal team at Rouda Feder Tietjen & McGuinn was proud to represent our client in this important matter. Respected across the and nationwide for their groundbreaking work on behalf of catastrophic injury victims, the firm has won over in cases involving motor vehicle accidents, pedestrian accidents, brain injuries, construction accidents, premises liability, spinal cord injuries, and wrongful death.