Although Americans may be known globally as ravenous consumers, they are more likely to call themselves savers, a title they earned over the pandemic, according to some reports.

The Federal Reserve confirmed in its latest report that Americans are saving buckets of cash since the start of the pandemic, often related to federal stimulus infusions.

From the end of the Great Recession to February 2020, the personal saving rate averaged 7.25% until the beginning of the pandemic. The rate shot up to 17.9% since then.

The 2020 savings spike was so significant, it dwarfed the previous half-century’s rates. 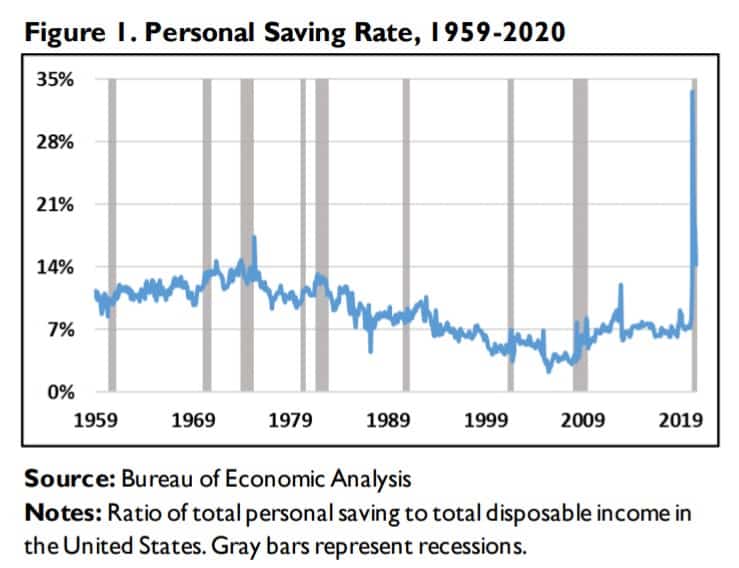 The Fed noted that families might be saving as a precaution in uncertain times, but much of the saving has to do with the inability to spend during the lockdowns. In fact, the rate has been dropping since March when the savings rate spiked to 26.9% and has since dropped to 9.4%, which still exceeds the average before the pandemic. A Peter G. Peterson Foundation study showed that Americans shifted from spending the stimulus payments to paying down debt and saving. 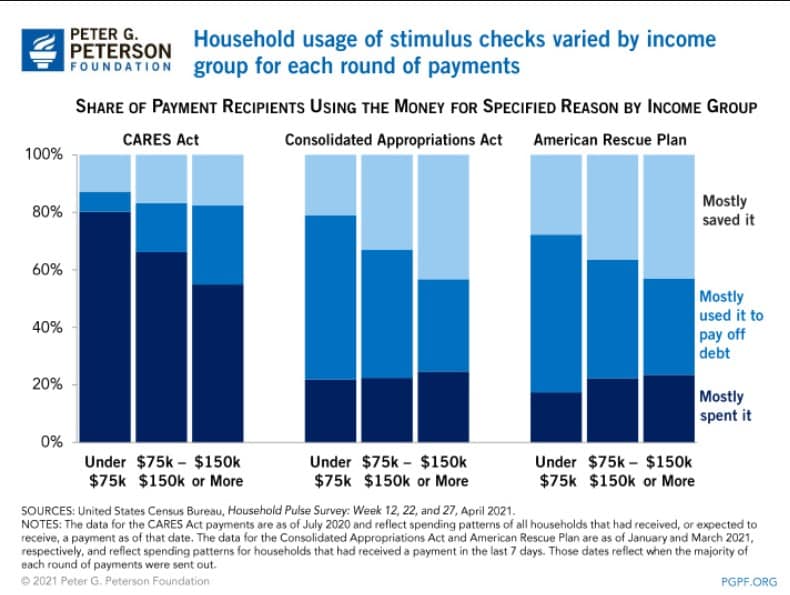 The study also found that although the majority of people in the lowest income group spent the first stimulus payment, that group shifted to the lowest spending cohort and paid down debt instead. Another report shows that the savings habit is going beyond stashing stimulus cash. Voya Financial research found that consumers are shifting their mindset.

In the second quarter, 72% of Voya plan participants increased their contributions. A Voya survey also found that that more than half (63%) of Americans agree the pandemic has made them more focused on planning for retirement and 72% of Americans agreed they have become more of a “saver” and not a “spender.”

Heather Lavallee, CEO of Voya’s Wealth Solutions, said the data is encouraging, although there is still much to do in saving for retirement. But the generational spread in the new appreciation for saving is a good sign.

“We’ve seen this increase in retirement savings across all generations,” Lavallee said. “And while it’s not surprising to see baby boomers and Generation X saving more — as they may be earning more than younger generations — the pandemic has clearly made saving for the future a priority among all generations as both millennials and Generation Z are also saving more. Finding that retirement remains a priority amid this uncertainty provides a promising outlook, and that is good news.”

She tempered that sentiment with a caution about the return to some semblance of normal.

“As the economy returns to ‘normal’ and individuals are provided with more opportunity for discretionary spending, prioritizing saving over spending is going to remain a critical component for future success,” Lavallee said. “We can’t lose sight of the importance of saving for retirement, and employers should help support this momentum.”

The St. Louis Fed report bears out Lavallee’s caution in that the lower income groups have not been able to sustain their savings rate.

“Low-income households have been disproportionately affected by financial hardship during the pandemic, and many of those households have had to either draw on savings or go into debt, which is not reflected in the aggregate personal saving rate,” according to a Federal Reserved Economic Data blog post. “Moreover, these households were already less likely to be able to save. According to Survey of Consumer Finances data from 2019, about 37% of families in the lowest quintile of the income distribution reported saving some portion of their income over the previous 12 months. About 86% of families in the highest decile of the income distribution reported doing so.”